Following the Leading of God

Our first encounter with water baptism as an adult was in the year 2000. Eefje gave her life to Christ when she worked on a project called Double Harvest in Haiti. The people told her that she had to be baptised, something she had never heard of before. There is a strong belief in the Netherlands that babies are in the covenant of Abraham when they are baptised as a child. Her parents warned her not to be baptised because she already has been, so she didn’t. But Eefje could never let go of the thought of water baptism as an adult. We spoke about it often, but I always thought that it didn’t make any difference.

Because of her experience in Haiti, Eefje longed to go on another mission trip. So we decided to go together with Soul Survivor to Kenya. We didn’t know what Soul Survivor was. We were in shock when we saw people speaking in tongues, prophesying and being healed. We, as a Dutch Reformed couple, had never even heard about those things. But our leaders showed us, through the Bible, that these are the gifts of the Spirit. We saw the fruit in their lives and the mission trip opened our eyes to the fact that the Holy Spirit is still active today.

“We didn’t know where to go, but we knew that we wanted more of the Lord.”

Five years ago we went to Hoedspruit (South Africa) for three months with our five children. Through the years, we had missed the life we had seen in the lives of people in Kenya and Haiti. God brought us to the Gathering Place (now The Lighthouse Church), where Ivan (Senior) and Margaret van Vuuren were serving, together with Richard and Sue van der Ruit. There we saw the Holy Spirit working powerfully and saw the true love of the people for each other. Something awoke again in our hearts. We had an amazing time and saw the impact it had on our children. We couldn’t define it, but looking back, we now realise we saw relationship instead of religion. At the time, I was an elder in our Dutch Reformed Church, so I decided to lay down my eldership. We didn’t know where to go, but we knew that we wanted more of the Lord.

When we returned to the Netherlands, it was difficult. We knew we didn’t fit into the current system, but we also couldn’t find a church where we felt at home. I now realise that God first needed to ‘break me’. During this time, He opened my eyes to hidden sin that I needed to confess and bring into the light. It was a difficult but special time. I never heard the Holy Spirit speaking to me so clearly.

Eefje and I decided to go back to South Africa to get baptised. After our baptism, we thought we would start to speak in tongues or something similar. But it didn’t happen! What did happen was that our eyes were opened up to the Word of God. When we read the Bible, the Lord started to speak to us.

We returned to the Netherlands, and instead of leaving the church, the Lord spoke very clearly to Eefje that we needed to stay in the Dutch Reformed Church. We served in our church and started a Bible Study Group covering the basics of the Bible: justification, sanctification, sin, being seated with Christ, dying with Christ and quiet times. We ran this course for three years, each year running with a new group. It showed us that the Dutch people are being destroyed for lack of knowledge (Hosea 4:6a, ESV).

‘My people are destroyed for lack of knowledge; because you have rejected knowledge, I reject you from being a priest to me. And since you have forgotten the law of your God, I also will forget your children.’

Water Baptism in the Netherlands

Because of the belief that they are in the covenant of Abraham, people in the Netherlands believe, for example, that they are automatically saved, or are uncertain if they have the Holy Spirit. In particular, God showed us why water baptism is so important. In the Bible, we read that people got saved, baptised and received (or were baptised) in the Holy Spirit, immediately. But here in the Netherlands, people are baptised as children. Somewhere in their lives, they become believers, but a lot of people struggle with the concept of the Holy Spirit.

Another problem is that most of the people don’t read their Bibles, or read only one verse. They listen to what they are told in church but they don’t check it for themselves. We also have churches that believe you can never truly know if you are saved. During our three years running the Bible Study, God showed us not only the biblical view of baptism but also how we can approach people about these topics without them shutting us down.

In June of 2019, Richard and Sue invited us to join them at the Four12 Conference in the Isle of Man. We booked the tickets with a few good friends, but God added more people (strangers) to our group a week before we left. Together we had an amazing time in fellowship, worship and prayer. After the conference, we knew the time had come to leave the Dutch Reformed Church. There in the Isle of Man, a desire for a Biblical, authentic, Spirit-led church was born. We decided with the group to find out more about Four12 and planned a trip to South Africa in November 2019. One of the men in the group was also a theologian and Eefje and I hoped that maybe he would get a call from the Lord during this visit.

After our first meeting with Andrew Selley, Eefje asked me, ‘Peter, what if the Lord calls you to plant a church?’. The idea shocked me, but something also stirred in me. The next day the Lord spoke through Andrew Selley and Mervis van der Merwe and again that week confirmed that we were called to plant a church in the Netherlands. Knowing you have a call is one thing, doing it is something else – especially when we havdn’t learned much about the Holy Spirit and how to be led by Him. So we shared what we felt and we waited and waited and waited.

We realised we were waiting for security instead of taking a step in faith.

In early 2020, Velle and Lizette Potgieter came to the Netherlands. We had met them on the Isle of Man. Velle asked me, ‘Peter, why haven’t you started yet?’ So I told him, ‘I’m waiting to hear who’s in.’ Velle’s response opened my eyes. He said, ‘Peter, you have the calling, then you must obey the Lord and start.’ We realised we were waiting for security instead of taking a step in faith. After some prayer that evening, we decided to plant the church in faith. The very next day a car drove up. It was one of the men who had joined us on the Isle of Man. He said that if we started, he and his family would join. That afternoon Eefje received a message from good friends that they also wanted to join us. The special thing is that we hadn’t yet shared our decision, but the Lord confirmed our step of faith through them.

In February 2020, Andrew shared the announcement about the church plant in the Netherlands on Facebook and in early March, we started as a church. We only met twice before Lockdown. And instead of receiving people to help equip us from Isle of Man and South Africa, we stood alone. The Lord started to teach us deep lessons, encouraging us not to put our trust in people, but in Him.

We really saw how God started to build His church. 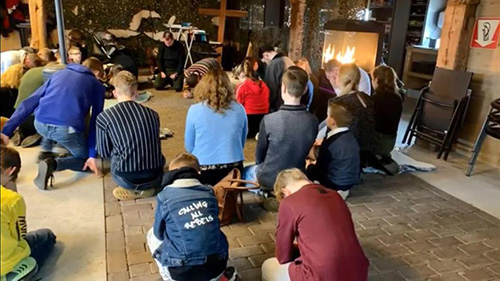 I started to translate the Uncorrupted Faith series, because there are is a lot of corrupted faith in the Netherlands. And we bought a doll, called Fiep. Using Fiep, we started to make videos about the Old and New Covenant, baptism and salvation. The videos of the doll proved to be very popular – she is so silly, she could ask everything without insulting people.

We are blessed that our government decided to have an “Intelligent” Lockdown (they truly call it this). This meant that we were still able to meet in small groups in houses. So we split the church up into Life Groups and watched messages on YouTube. In March, we started the church with 35 people, but during the Corona Pandemic, we grew. God added people. I knew it wasn’t because of me as I was learning to speak for the first time in my life! We really saw how God started to build His church. During the Lockdown, God added 15 new people who surrendered their lives to Jesus. One family had never visited our church but they knew God was calling them to help and build with us. They sold everything, left the family company and are now moving to Oudewater. Baptisms in the Canal

Because of the traditions we have in the Netherlands and child baptism, a lot of our church members were not baptised yet. We live next to a canal that is 2,5 metres deep. One of our church members built a platform so that we could baptise people in our backyard. We baptised 14 people during Lockdown and 4 baptisms are coming soon. We see the spiritual battle in the lives of people taking this step of obedience, but we also see the freedom in their lives. One girl shared that she was depressed and had been meeting with a psychologist for a year. Since she had joined our church and was baptised, she had cancelled all her appointments. She has a spiritual family now and knows that God loves her. We are also making small steps in prophesying and did the online course with Melanie du Toit.

… the Lord is faithful when we go in obedience. We know there is so much more to learn. But first, we need to learn to be led by the Spirit, to share our lives with one another, to get the right DNA, speak into each other’s lives and understand good leadership. But we know the Lord will lead us. This has already been an amazing journey and we have never seen God moving so powerfully. It has been a big lesson that the Lord is faithful when we go in obedience. Our prayer for the Netherlands is, ‘Open the eyes of their hearts, Lord, so that they will see You’! 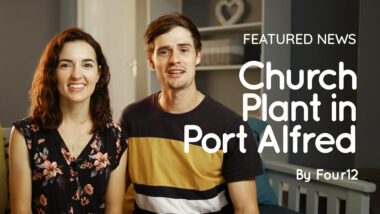 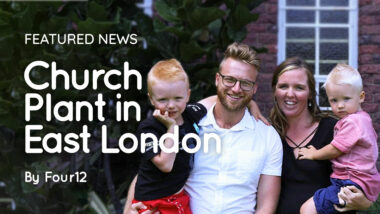 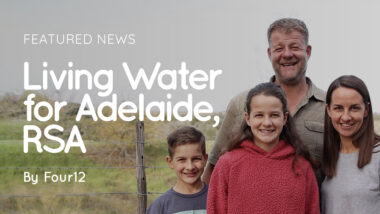