How Does Jesus Fix Racism?

We have a responsibility to model racial harmony and pique the curiosity of a world desperate to see love sincerely lived out.

As I write this, there is impassioned Xhosa worship music playing in the background and my cappuccino child is jiving to its rhythm. My Xhosa wife and I married close to six years ago now and what a wonderful experience it has been to see two distinct cultures intermingling in a beautiful display of the kind of ‘beauty in diversity’ that is such a peaceful fruit of the Kingdom of God. Our God is the Father of every nation and His family is a melting pot of diverse cultures, languages, tribes and nations.

Jesus Is The Remedy

God holds the solution to racism. This becomes especially relevant given the fact that all the talk, all the ‘transformation’, all the social activism, all the years of history, haven’t brought about societal harmony. Racism is a stubborn evil in our societies and it requires a very powerful remedy. The remedy is Jesus.

It may seem like a very quaint Christian platitude that ‘Jesus is the remedy’, but I want to take some time to explain just how, it is that Jesus fixes racism. I have seen many Christians fall victim to the lies that ‘The history of racism is too complicated’, ‘The powers at work are too powerful’, ‘For this complex problem you need a complex solution’. Many Christians are unaware that the Bible has a lot to say about racism and that the Gospel has a proven track record for fixing it. Let me explain.

Racism in the Early Church

The early church was initially Jewish (including Gentile converts) and it was born into the context of a harsh colonial occupation by the Romans. Later on, when Gentiles began to be added to their churches, there was intense racial tension between the Jews and Gentiles. (Acts 6:1 – 2, Acts 10:28, Romans 11) Added to this, there were many Christian slaves that attended church along with their slave masters! We also sometimes forget that when Jesus said, ‘Go the extra mile’, He was speaking directly into the colonial context in which Jews were being oppressed because of their race.

So how does the Kingdom of God fix this mess? How does the Gospel of Jesus Christ pull out racism at its very roots?

Racism is a symptom of the disease in our hearts. To quote Ravi Zacharias, ‘Racial prejudice is not the problem. Racial prejudice is the symptom that reveals the real problem. We all think we are superior in some way to others, and we find reasons to dislike certain others. If in our hearts we spurn somebody, the mind will find myriad reasons to justify that cancer of the soul.’ Our hearts believe the lie that we are superior to others in some way. The Bible teaches the radically subversive idea that all humans are equal in worth because they bear the fingerprint of the Divine Creator. We read in Genesis 1:27 that ‘God created man in his own image, in the image of God he created him; male and female he created them.’

How does this truth transform a Christian? Well, to share one of my own stories (which has more to do with class than race, but illustrates the point I think), sometimes as I travel down the street or look out of my apartment window, I see a man with scraggly hair and smelly, tattered clothing rummaging through the bins and eating whatever tossed away food he chances upon. I look into his puffy, sunburned face and see the wildness in his eyes and for a brief moment I am revolted and scared and I think of myself as more valuable and more important than him. After a few moments, I become aware of what I have done and I am ashamed. God’s Spirit reminds me that I am looking at a brother. I am looking at a man created by God with infinite, loving care and finesse. Immediately, I repent towards God and something wonderful begins to happen. My heart fills with love and compassion and I begin to think of how things could be and should be and I am grateful that I am thinking as Christ does once again.

I challenge you, the next time you catch yourself despising someone because they are different to you in some way, remind yourself that they bear the image of God and that they are equal in value before God.

It’s more difficult to think of a person as inferior when you know you have the same great grandfather!

According to the Bible, we humans have a lot more in common than we care to admit. We read that God ‘made from one man every nation of mankind to live on all the face of the earth.’ (Acts 17:26) All humans are descended from one man (Adam) and God doesn’t consider us differently, according to race. It’s more difficult to think of a person as inferior when you know you have the same great grandfather!

The Bible says that ‘all have sinned and fall short of the glory of God’ (Romans 3:23). Not only has each one of us sinned, we are all so wicked that our debt towards God is an insurmountable mountain of separation. Without the forgiveness offered to us through the atoning work of Christ on the cross, no human (regardless of race) can be reconciled with God. Every human finds himself united with the rest of humanity in our common need of a Saviour.

If you find yourself tending to think of certain other races as more evil, for whatever reason, the Gospel warns us to regard our brothers humbly, considering the unrepayable debt of which we have ourselves been forgiven. (Matthew 18:21-35)

There is a glorious picture in the vision that John has of the future Kingdom. It is a vision of when we are reunited with Christ and the church erupts in rapturous worship, ‘And they sang a new song, saying, ‘Worthy are you to take the scroll and to open its seals, for you were slain, and by your blood you ransomed people for God from every tribe and language and people and nation, and you have made them a kingdom and priests to our God, and they shall reign on the earth.” (Revelation 5:9-10)

Whichever masqueraders have gone about inflicting violence and spewing hatred in the name of God, they have failed to recognise that we are all saved through the sacrificial death of Christ and ransomed to spend an eternity in heaven as one giant, mixed family. There is no zoning according to the Group Areas Act in heaven, just one massive house with many rooms.

The Christian response to hostility, prejudice and discrimination is massively subversive in a culture of hatred. Jesus’ lesson on responding to abuse in Matthew 5 culminates in the line, ‘You have heard that it was said, ‘You shall love your neighbor and hate your enemy.’ But I say to you, love your enemies and pray for those who persecute you.’ (Matthew 5:43,44) The way in which we respond to racism will either perpetuate hostility or disarm it.

The lesson of Christ is that love is harder than hatred, but it is also profoundly powerful. When we were enemies of God, Christ died for us, and that is what brought about our reconciliation. This is a lifestyle that is supernatural, going far beyond what we are able to fulfil in our own moral strength. Christ in me is the remedy.

What Can We Do To Bring Change?

When we see bitterness and racial hatred all around us, our hearts are stirred to somehow be an agent for peace and love. So what can we do to bring change? Fundamental to understanding how to bring about change is being ever mindful of the fact that the Kingdom of God is planted in our hearts by the seed of the Gospel. We cannot hope to influence anyone to act like Christ without them having Christ on the inside. Kingdom living is unsustainable without a relationship with the King.

What we can do is make people envy what we have by modelling the other-worldly love that has been birthed inside us. We have a responsibility to model racial harmony and pique the curiosity of a world desperate to see love sincerely lived out. This requires us to take the sin in our own lives seriously and allow Christ to transform us into His likeness.

What we can do is make people envy what we have by modeling the other-worldly love that has been birthed inside us.

We ourselves need to sincerely believe that Jesus is the only remedy for racism. If we believe that we need Jesus plus anything to fix racism, then we dilute the true power of the Gospel.

We need to pray for our government and our country, not that they will begin to act more like Christians, but that they will receive Christ and not stifle the proclamation of the Gospel in any way. In a democratic nation, we also have the privilege of being able to vote and in this way influence the government of our nation.

My prayer is that the Church would shine brighter and brighter in its love for one another, regardless of racial differences, and in this way, we would reflect the Kingdom of our Heavenly Father. Let it be so, Lord Jesus!

Luke leads one of the Joshua Generation Church congregations in South Africa. He is married to Zandile, and they have a daughter, Namile. Luke was a passionate school teacher for six years but now takes care of God’s kids full-time. He is also a writer when he has time. Follow Luke on Facebook. 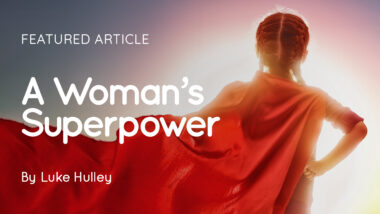 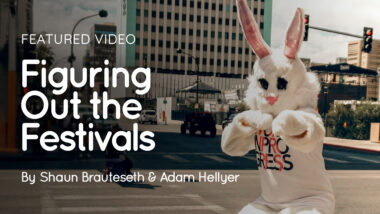 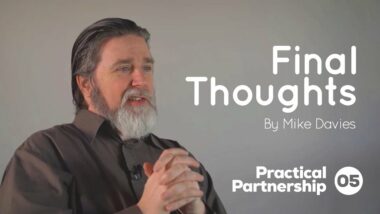