How Not to Become an Elder

Many years back, when I was a little younger (and perhaps a smidgeon more ambitious), I found myself at our church’s annual international leadership conference in Bloemfontein, South Africa. After a good friend and I had soaked up all the apostolic impartations in the offing, we left the training time with absolutely no doubt in our minds: it was clear that the most impactful session for us was the one in which a young, single lady (about our age) preached a sermon which left us both smitten (with her possibly more than what she had preached about).

We immediately set about making our plans. It seemed fairly obvious that if either of us were to stand a chance of catching her attention, we would need to secure a promotion of some kind – either to an apostolic office or, at the very least, an elder in a church. I don’t recall exactly what dissuaded us from going through with the plan, but I suspect that when Paul said, ‘If anyone aspires to the office of overseer, he desires a noble task’ (1 Tim 3:1), this is not the sort of aspirations he had in mind.

Eldership is noble…it adds extraordinary value to the lives of others at considerable cost to one’s self.

To the Aspiring Elder

Having said that, I’m quite sure that many others have wondered what eldership is all about and how a person ‘aspiring’ to such an office should go about doing it.

‘I find it fascinating that Paul used the word ‘noble’ to describe the work of an elder (1 Tim 3). What other task might we describe as noble? Personally, I think of teachers, nurses, mothers and firemen. You wouldn’t, for example, say of a billionaire businessman, ‘What a noble fellow!’ (Unless he had given away all his riches and was living off a pittance). Eldership is noble for the same reasons – it adds extraordinary value to the lives of others at considerable cost to one’s self. As anyone who has been in a noble profession will tell you, it’s not the kind of thing you want to do for acclaim from others or you’ll burn out shortly. It’s the silent inward passion for God and the deeply satisfying reward in the people you serve that will keep you going in the long run.

From ground level, it is easy to reverse the order in our minds and think that God ordains those whom people recognise, but it cannot (and should not) be so.

‘So the Lord said to Moses, “Take Joshua the son of Nun, a man in whom is the Spirit, and lay your hand on him.  Make him stand before Eleazar the priest and all the congregation, and you shall commission him in their sight.’ (Numbers 27:18-20)

Although it is people who recognise the call of God on certain soon-to-be elders, it is vitally important to remember that people are only recognising something which God has ordained to be. David was called when he was faithfully serving his father in the fields, unnoticed by anybody except God, who passed over his older brothers and saw in him a man worthy of a massive entrustment.

Messing with God’s family is about as foolish as abusing one of the children in the Corleone family (The Godfather) – you will live to sorely regret it!

Father in the House

There is an awesome privilege that comes from being a father in God’s household. Not ‘awesome’ as in ‘That’s totally awesome!’, but ‘awesome’ in the way that it makes your legs tremble a bit and a little shiver of electricity shafts right through your body at the prospect of being entrusted with the most precious thing in God’s creation – the lives of His very own people. Jesus’ harshest criticism was reserved for fathers who caused little ones to stumble (a millstone around the neck!), and His highest praise reserved for those that do it well: a ‘crown of glory that will never fade away’ (1 Peter 5:4). That’s why Paul told Timothy that an elder is someone who should ‘manage his own household well, with all dignity keeping his children submissive, for if someone does not know how to manage his own household, how will he care for God’s church?’ (1 Timothy 3:4-5)

Notice the extension of the ‘household‘ unit to describe the church. Messing with God’s family is about as foolish as abusing one of the children in the Corleone family (The Godfather) – you will live to sorely regret it!

And that is how I would like to finish off: by thinking about what is precious to God. If I love God and develop a love and a passion to serve the people who are His treasured possession, it puts me in the right head space to do the noble work of a shepherd, ‘not because you must, but because you are willing’ (1 Peter 5:2). If caring for people feels like hard work all the time, then God-forbid you ever get given the task of caring for His people! As a pastor myself, I can say that there is honestly nothing in the world that I would rather be doing right now, because I know that I am busy with the work that my Father loves the most.

Luke leads one of the Joshua Generation Church congregations in South Africa. He is married to Zandile, and they have a daughter, Namile. Luke was a passionate school teacher for six years but now takes care of God’s kids full-time. He is also a writer when he has time. Follow Luke on Facebook.

What Does It Take to Be an Elder?

What does God require and what expectations are just a hangover from worldly thinking?

No Longer a Goat

What Do Elders Do?

The role of elders in the local church.

God places tests in front of us, not to fail us but to mature us.

The Pride of Life 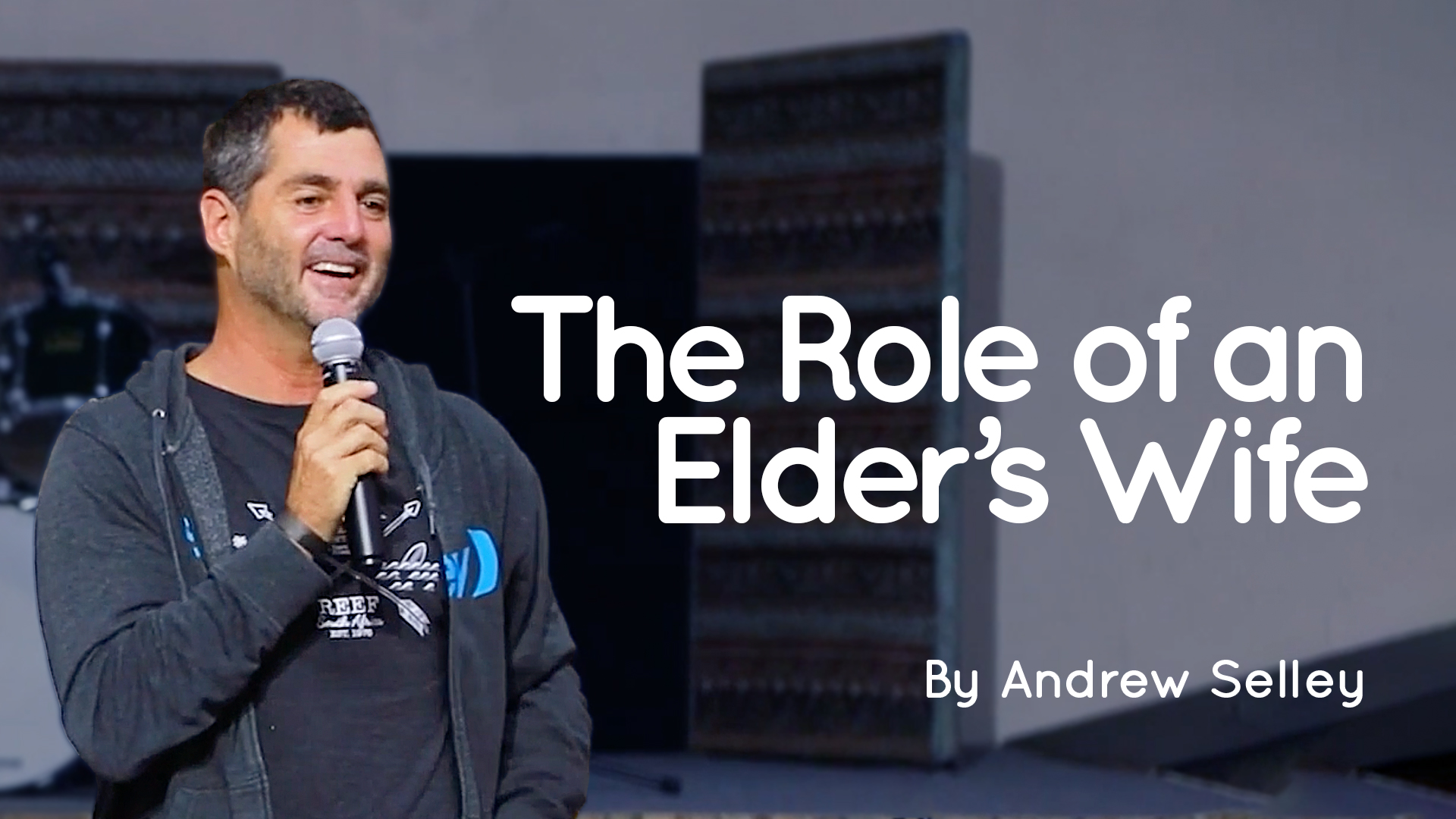 The Role of an Elder’s Wife

An elder and his wife are called to serve God’s Kingdom together.